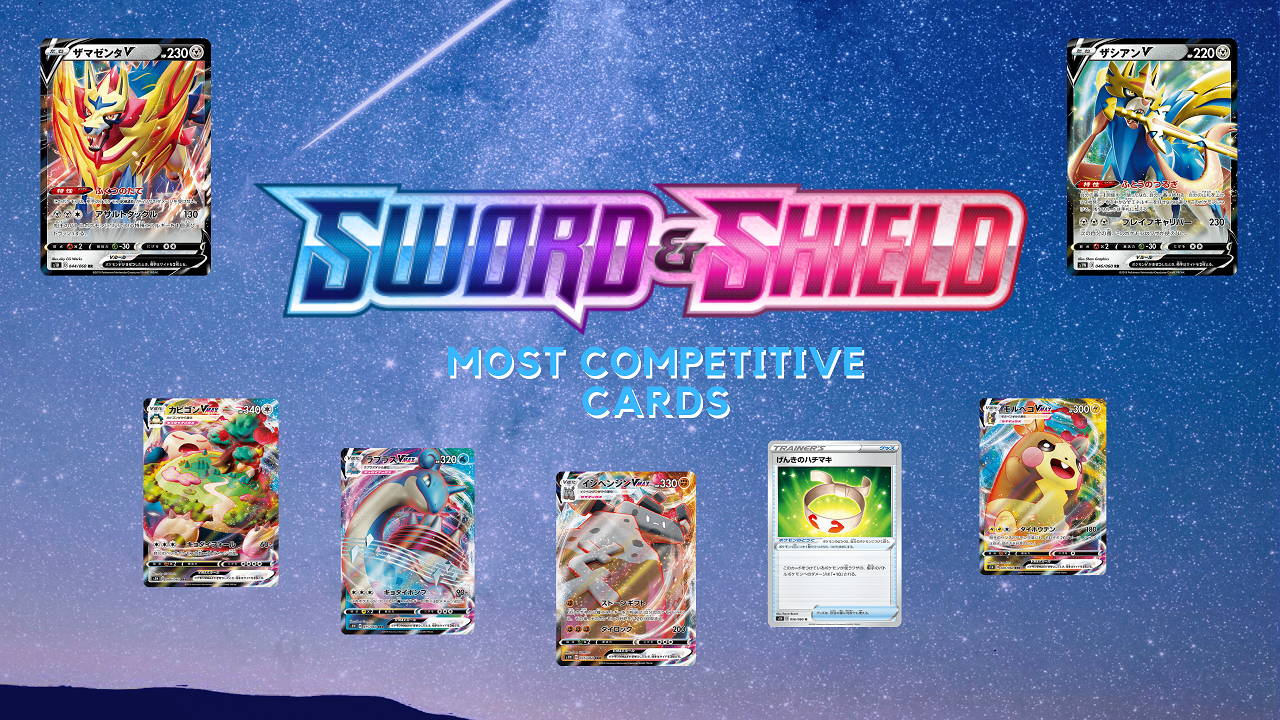 I’m sure all of you are preparing are preparing for the Oceania Internationals and don’t have time to look at the new set; so here is what I think the top and most relevant cards are projected to be and also the ones that you should probably buy. 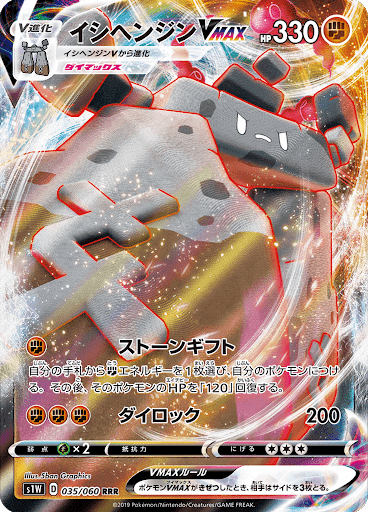 Attach a [F] energy from your hand to 1 of your Pokemon. Then, heal 120 damage from that Pokemon.

Stonjourner-Vmax is inherently very tanky, it has an insane 330hp and as of right now no Pokemon can instantly KO it.Also the fact that you heal 120 damage for only one energy as well as getting to attach another one, gives this card amazing survivability as well as speed.The heal also synergizes with Mallow and Lana or Hyper Potion, allowing you to heal 240 HP in one turn! This card will always be pumping out lots of damage with the help of diancie prism star, fighting dojo, and vital band 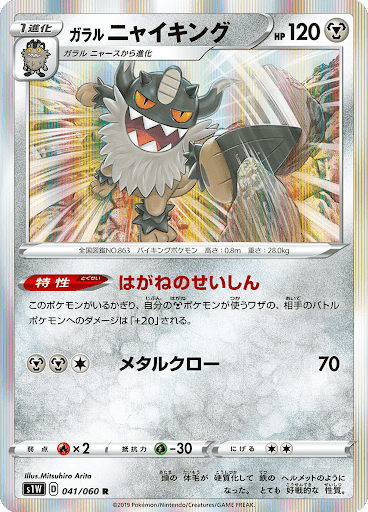 Your [M] Pokemon's attacks do 20 more damage against your opponent's active Pokemon.

While this card’s attack is garbage, this card instantly becomes really good,when paired with a good metal type attacker. As of right now I would play this card with Zamazenta-V and Zacian-V as both of those cards will struggle with low damage output. 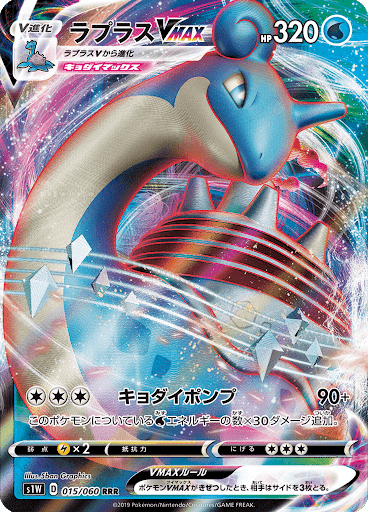 This attack does 30 more damage times the amount of [W] Energy attached to this Pokemon.

While this card has a very high HP and a solid damage output, it lacks synergy with other cards/decks. The only decks that can support this card are Quag/Nag,which has been known to be inconsistent, and Blastoise/Piplup-gx, which struggles against the Mew3 and ADP decks. If good water type support comes out, then I can definitely see this card becoming very strong. 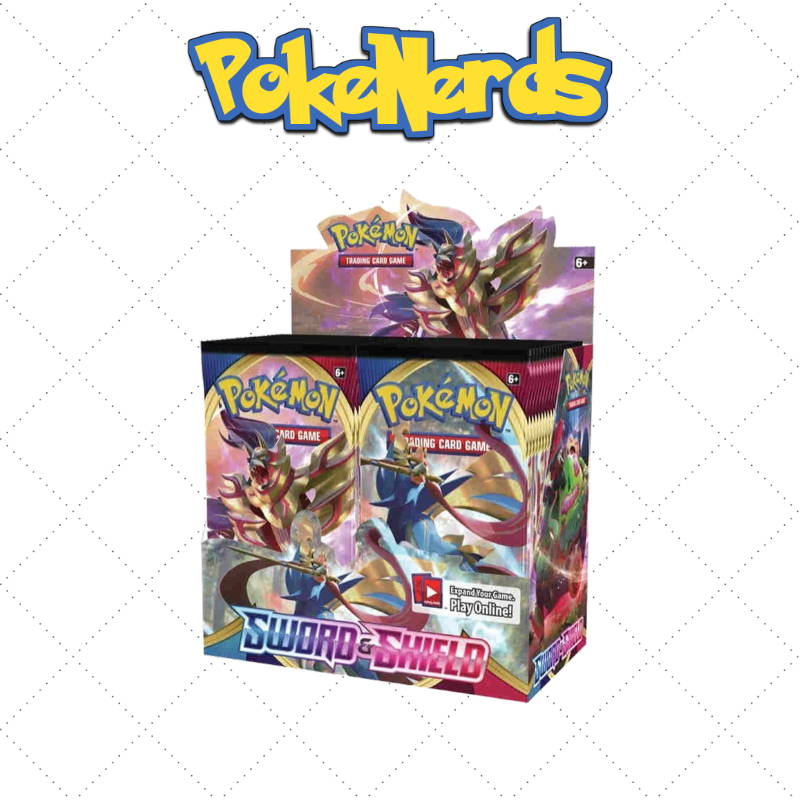 Shipping on release day! (Also, make sure to check out our Sword and Shield Breaks!) 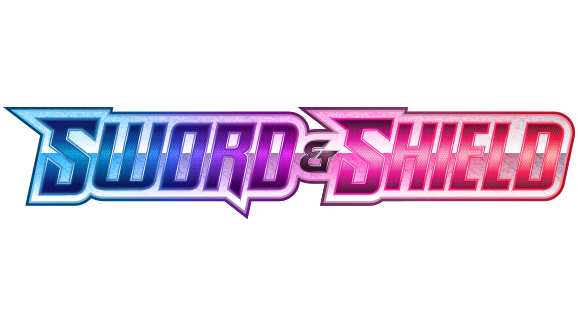 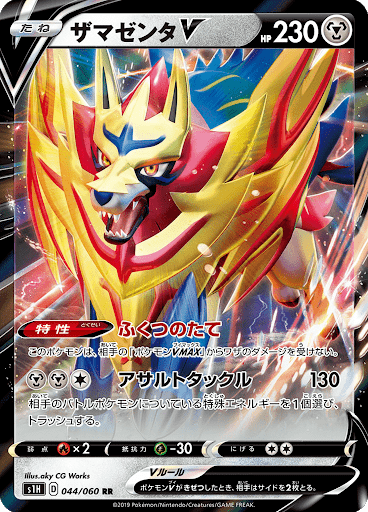 Prevent all damage from attacks done to this Pokemon by attacks from your opponent's Pokemon-VMAX.

Discard a Special Energy attached to the Defending Pokemon.

Zamazenta-V is pretty solid tech card when paired with Zacian-V,which gives you the ability to actually charge up your attack. While 130 damage is mediocre, the fact that you get to discard special energy is amazing. Right now most decks are playing one or two rainbow energy, so when you get rid of them the opponents options become very limited. Zamazenta’s ability will cause V-MAX oriented decks to resort to their back-up attackers, that most likely won’t have the damage output to KO you. 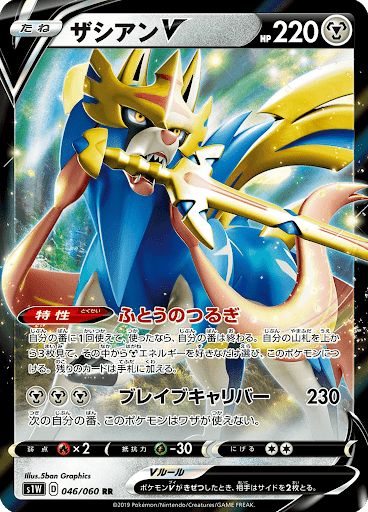 Once during your turn, you may look at the top 3 cards of your deck and attach any number of [M] energy from there to this Pokemon. Put the other cards into your hand. If you use this Ability, your turn ends.

This Pokemon can't attack during your next turn

This card’s ability is so good; it gives you energy acceleration and draw power! It’s attack could also one shot meta tagteam cards, when paired with enough Galarian Perrserkers. I can also see this card being more of a support Pokemon to any other metal deck. 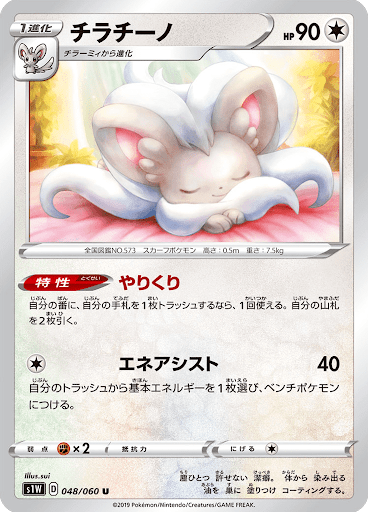 Once during your turn, you discard a card from your hand. Then, draw 2 cards.

Attach a basic Energy card from your discard pile to 1 of your Benched Pokemon.

In my opinion this card is just a better upgrade of Zoroark-gx. In the past we saw Zoroark-gx decks steamroll tournaments because of this ability. Even though attacking with this card is out of the question, we gain the benefit of only giving up one prize card, instead of the two that Zoroark-gx gave. This card should be put in oranguru control decks, or any deck that can afford to make space for it.There is no point in not playing it, as drawing two every turn counters most control decks and gives you resistance versus reset stamp based decks. 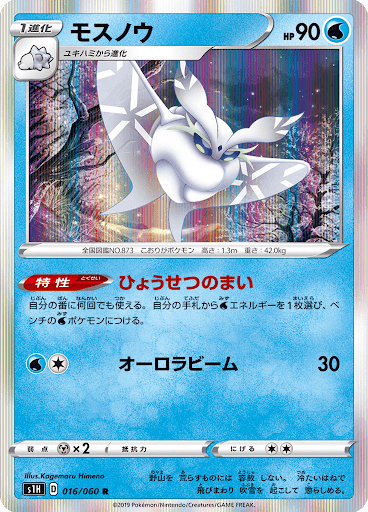 Ability: Dance Of Ice And Snow

As often as you like during your turn, you may attach a [W] energy from your hand to 1 of your benched [W] Pokemon.

I can definitely see the potential of this card and would suggest playing around with it, but it just seems very slow because it is a stage 1. This card could be okay with Lapras-VMAX. Or it could serve as a replacement to naganadel in Quag/Nag decks. Even though this card is a nice partner to these decks, it still probably won’t make them tier one. 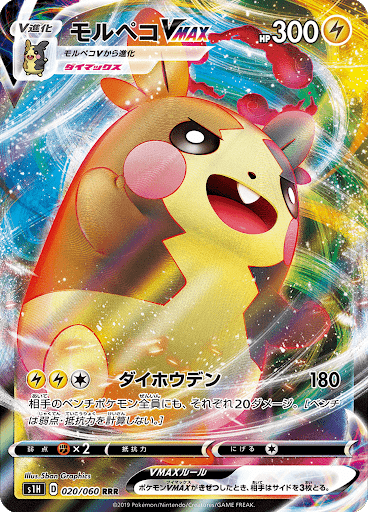 This card’s attack and HP are amazing. Being to hit the opponents board for 20 each allows this card to eventually one shot big pokemon. However,this card will probably struggle to find a place in a deck. I definitely can’t see this card going into pikarom, since pikarom wants to play super fast. Adding an evolution to pikarom would just make it slower.I can only really see this card as its own deck. There is a ton of lightning type support that could potentially make this card shine. Tapu koko prism star and thunder mountain can provide energy acceleration, while electromagnetic powers can provide damage boosts.Volkner can also provide a Morpeko-VMax deck with insane consistency. To increase your spread power you could also play a roxie package, as it will give you extra damage and a lot of cards. 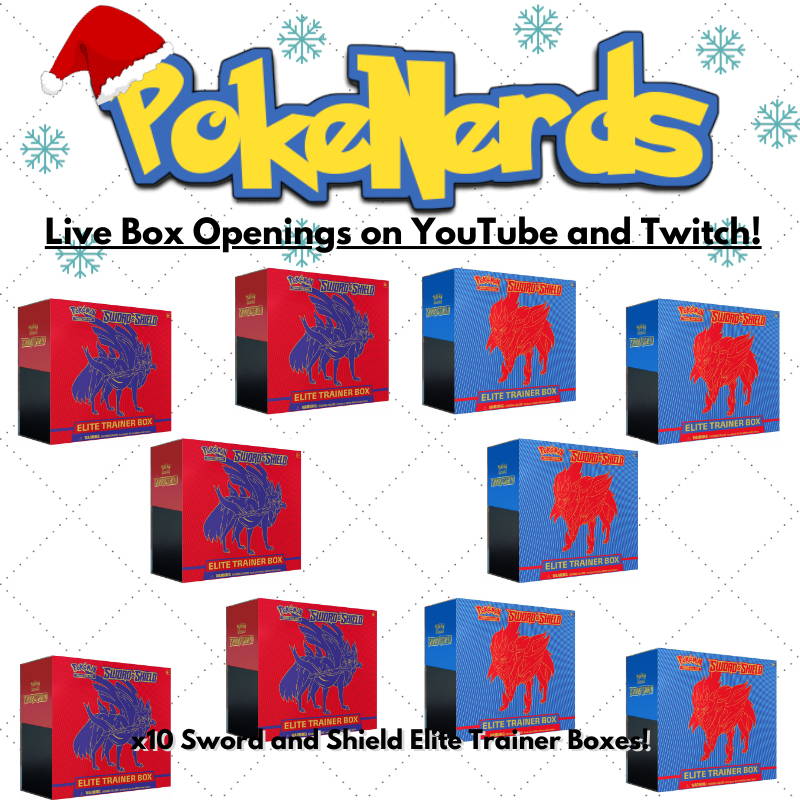 Grab a spot in our Sword and Shield x10 Elite Trainer Box Break! 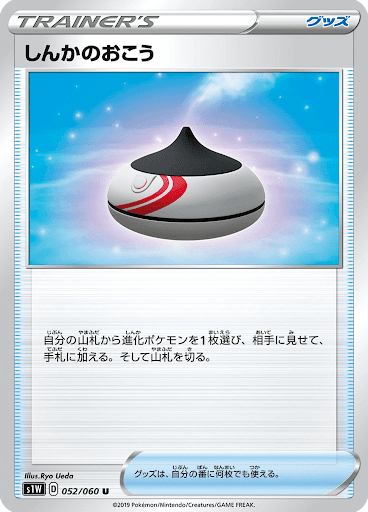 Search your deck for an evolution card, reveal it and put it into your hand. 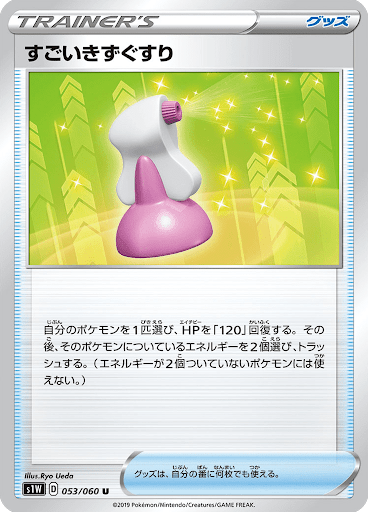 Heal 120 damage from 1 of your Pokemon. Then, discard 2 energy from that Pokemon. (You can only use this card on Pokemon that have at least 2 energy attached to them.)

This card can only be put in a very specific type of deck. The deck has to have a constant flow of multiple energy attachment and one or two big HP pokemon. If your deck can handle playing hyper potion, then it's worth it for sure. Being able to potentially heal 240 in a turn with hyper potions and Mallow and Lanas is really strong. 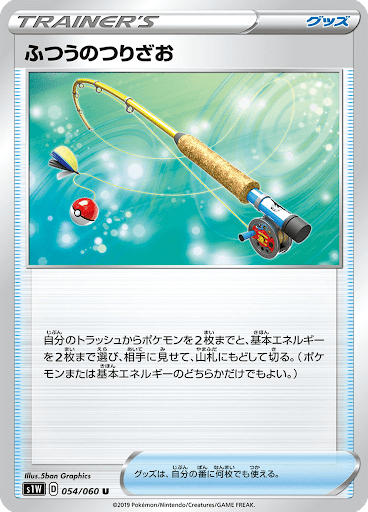 Shuffle up to 2 Pokemon and up to 2 basic Energy cards from your discard pile into your deck. (You may choose only Pokemon or only Energy.)

Normal Rod is a really good card and is also a buffed super rod, since you can choose how many cards to put back in.This card can save your game.For example, if you need to draw into fire energy to welder,then you can normal rod to increase your odds. 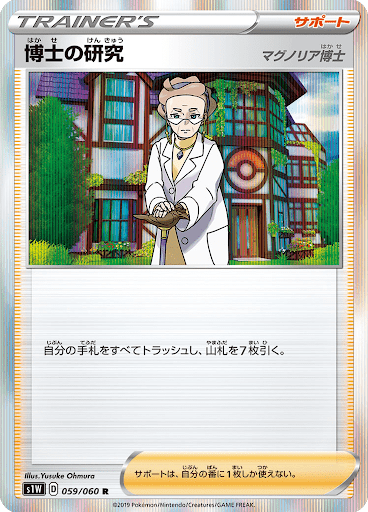 Discard your hand and draw 7 cards.

Please play four of these in pretty much every deck. Drawing seven is so strong. 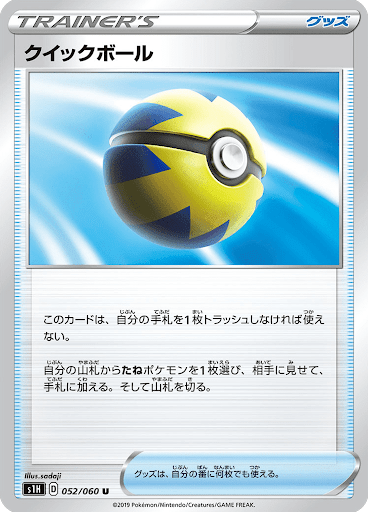 You can only use this card, if you discard another card from your hand.

Search your deck for a basic Pokemon, reveal it and put it into your hand. Then, shuffle your deck.

This card is needed in every deck. Since, professor oak and professor elm won't be able to get your basics out when going first, you need a way to get your board set up. Quick ball is also very helpful is aggressive tag team decks, that used to have to play Pokemon communications, but now don’t since quick ball is faster and more efficient.. 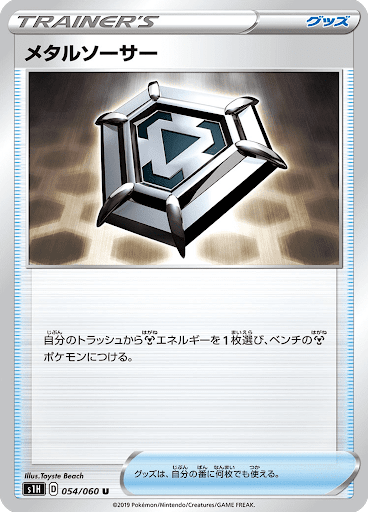 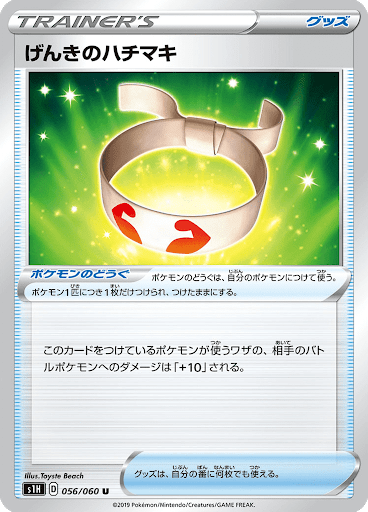 The attacks of the Pokemon this card is attached to do 10 more damage against your opponent's active Pokemon.

I would only really play this card if you have an extra slot. 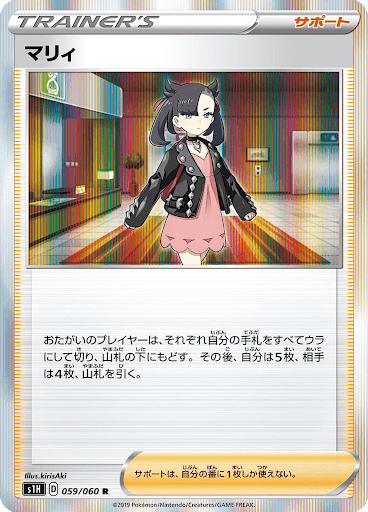 Both players put their hand cards face down, shuffle them and put them on the bottom of their deck. Then, you draw 5 cards and your opponent draws 4 cards.

Marnie could be useful as an early and disruption tool,but I think reset stamps are better. The upside to Marnie though is that she also lets you draw cards, so this might be a supporter worth considering in a control deck. 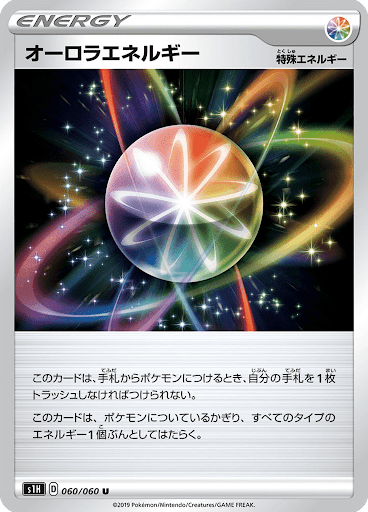 In order to attach this card to 1 of your Pokemon, you have to discard a card from your hand.

While in play, this card provides every type of Energy but provides only 1 Energy at a time.

Play Aurora Energy if you find that the taking of 10 damage, from rainbow energy, gets you set up for getting knocked out.

We hope you guys enjoyed the article! And best of luck with your decks in the upcoming meta!